REMODELED YOUR PARTNER'S HOME WITH YOUR MONEY; ENTITLED TO A REFUND?​ 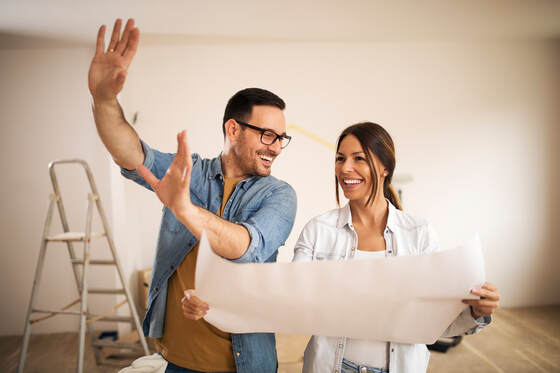 How painful can it be to be mistakenly under the impression that you are entitled to money? It happened to this woman. She was living with her partner in her partner's home. At some point they needed to remodel and the woman had a nice little savings. They decided to use that money for the renovation, but didn't make any arrangements about it. Nor did they have a cohabitation agreement with each other.

At some point the relationship broke up and you guessed it: a discussion ensued as to whether the husband had to repay the capital invested in the house by his ex. The man didn't think so: after all, it was his home and they had both enjoyed the renovation as well. But the woman took the position that, as a result of her investment, the house had become considerably more valuable. Surely it was only fair that she should at least get her money back?

The woman went to court. It became a lengthy procedure that eventually ended up before the highest court in the Netherlands, the Supreme Court. Together with her lawyer, the woman thought she could make a clever argument: when, in a marriage, one of the two spouses has his or her own money (for example: money that has not fallen into the community of property; think, for example, of an inheritance received where the testator has made an exclusion clause), a right to compensation arises. This is stated in Art. 1 : 87 Civil Code. The woman reasoned that if there was a right to compensation in that situation, it should also apply to her as cohabitant. After all, it was established that her ex's house had been renovated and that this had been done with her money. Surely, then, the husband should simply repay that to her, with compensation for the increase in the value of the home? Right...?

And if that story did not hold true, the woman further argued, then surely her ex had been unjustly enriched. There are legal rules about that too. The woman had paid (and was thus impoverished) and the man's house had become worth more because of it (so the man was enriched). Right...?

And if that didn't work out either, the woman argued, surely it was only fair and reasonable for her to get her money back. Right...?

Things ended up going pretty wrong for the woman in this case. The Supreme Court ruled on May 10, 2019 (NJ2019/248), ruling against the woman. Regarding the right to compensation (the parallel with married partners), the Supreme Court ruled that Article 1 : 87 of the Civil Code applies only to married couples and that there is no legal ground to extend that statutory provision analogously to informal cohabitants.

There was also no question of unjust enrichment in the Supreme Court's opinion. Unjust enrichment involves a duty on the part of one person to do something, the cost of which is paid by the other. But the husband in this case had no obligation to start remodeling his house. He only did so because the wife offered to pay for it. Had she not offered to do so, he would never have begun that remodeling, simply because he did not have the money for it. The mere fact that one person pays something for another does not mean unjust enrichment.

So the woman went down completely. It is all the more unpleasant when you consider that she could have saved herself this misery by arranging and recording everything well in advance. For example, in a cohabitation agreement in which agreements about the costs of a renovation of the other's home are recorded. Or by, when the plan to renovate was made, making a clear agreement on how to deal with the investment made by the wife in her partner's home (and also putting that agreement in writing!). The wife lost a mountain of litigation costs and is now left empty-handed.